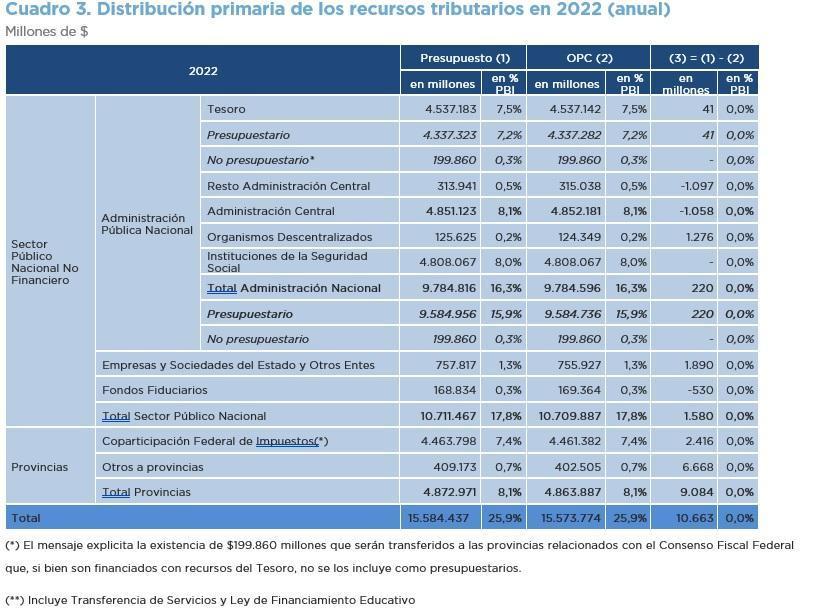 For 2022, tax resources projected by the Argentine Congressional Budget Office (OPC) reach ARS15.325 trillion, ARS248.443 billion (1.6%) lower than the amount estimated in the 2022 Budget Bill.
This assumption implies a real revenue growth of 9%, with different behaviors among taxes.

In some cases, the differences are related to different estimates on the activity dynamics (e.g., recovery of wages and jobs); in others, because of the implementation of changes in tax regulations, which make the calculations more difficult.

The Budget Message does not contain precise parameters on how the resources will be allocated, nor is there consistency in the categorization of when a revenue is “tax” or “non-tax”, which makes the parliamentary analysis difficult.

This evaluation considers as an assumption that next year’s allocation of resources will be the same as this year. Projections made by OPC are based on the same macroeconomic assumptions and the same regulatory standards.