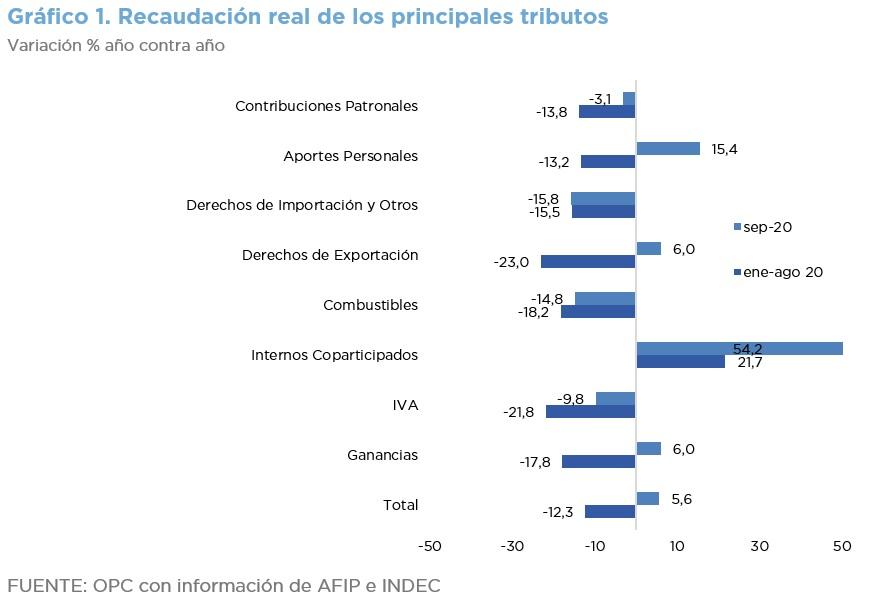 National tax revenue showed a real increase of 5.6% in September, the first increase so far this year, partly due to adjustments in the tax deadline calendar, the relaxation of social isolation, and the lower comparison base against September 2019.

Total revenue amounted to AR$606.5 billion, which implied a nominal growth of 43.7% YoY, and Social Security resources grew for the first time in real terms since April 2018.

This growth in collection is explained by the gradual increase in the level of activity but mainly because last month’s Income Tax and Wealth Tax deadlines, originally scheduled for previous months, became effective.

This last tax obtained a record collection, generating AR$20.8 billion from the purchase of dollars for hoarding purposes.