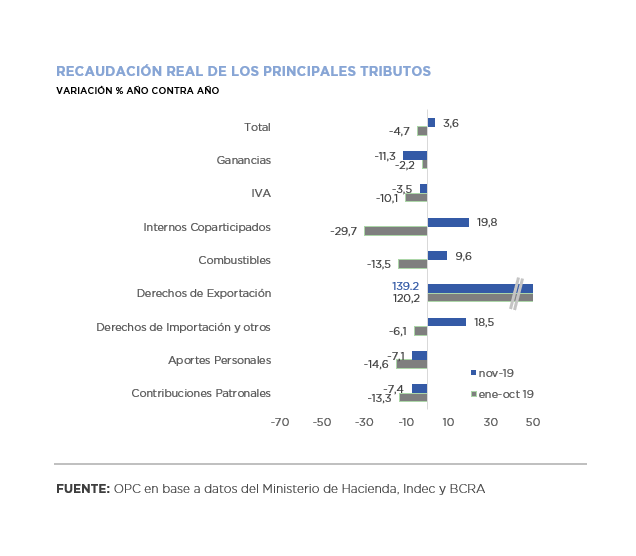 This increase was basically explained by higher revenues from Export Duties that jumped 139.2% compared to the same month of the previous year. Given the possibility of an increase in this tax, the agro-export sector accelerated the pace of settlements.

The performance of the Value Added Tax (VAT) also improved, despite the current reduction in the rate on some commodities.

On the other hand, Social Security contributions fell by 7% in real terms, although in November there was a slight improvement in the wage bill, which had been falling in relation to inflation during the year.

In the year-on-year comparison, the main factor explaining the increase in nominal revenues was VAT, which contributed 26.2% of the additional resources.

The largest increase was recorded in Wealth Tax, mainly due to regulatory amendments. The exchange rate hike also had an impact, which affected the values of assets located abroad, as well as the taxable base on foreign trade.

In the eleven months of the year, there has been an accumulated real decrease in tax resources of 4.0% YoY.