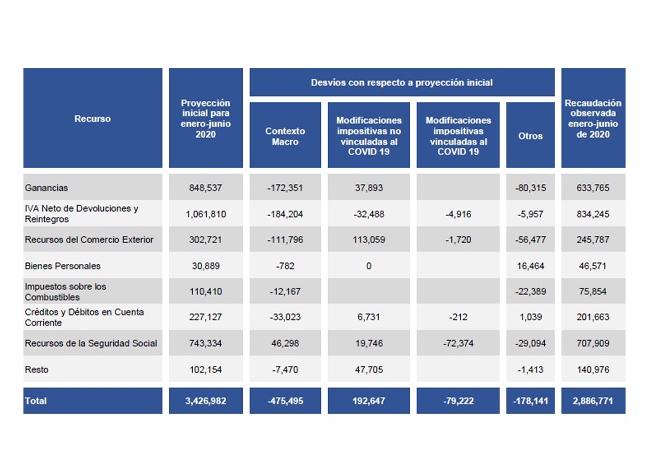 During June, the national tax revenue totaled AR$545.96 billion, which implied a growth of 20.1% year on year (YoY) but a retraction of 15.6%, when adjusted for inflation.
Revenues from the main taxes decreased in real terms, largely due to the adverse macroeconomic context caused by the COVID-19 pandemic and by the fiscal relief measures applied by the national government, in addition to an increase in tax arrears.

This context, added to certain regulatory changes, led to the fact that in the first half of the year the revenues of the national government were 15.8% below what the OPC projected at the end of November when the 2020 Budget Bill was being analyzed.

The new rules for taxpayer relief alone implied a drop of AR$79.22 billion in revenues for the first five months.

PAÍS Tax reached a record collection from the purchase of dollars.