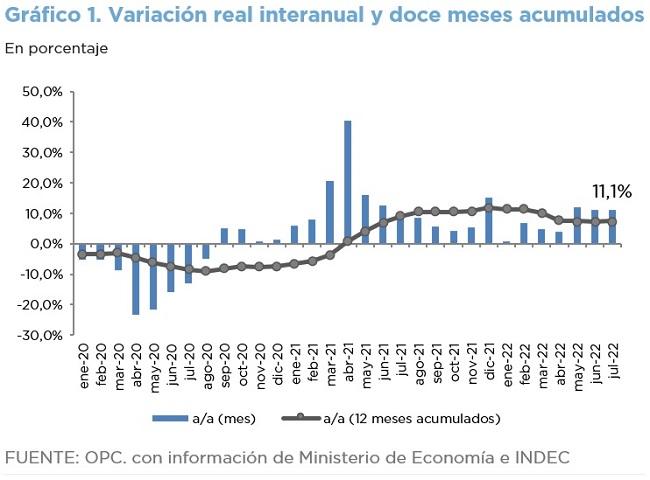 The recovery in the level of activity since March 2021, the increase in international commodity prices and the increase in the nominal exchange rate (33.5% YoY) contributed favorably to this result.

Among tax resources, the increase in PAIS Tax collection in real terms because of the return to foreign travel as COVID-19 restrictions are eliminated stands out
Income Tax and Wealth Tax showed significant increases because the first installment of the payment facilitation plan for Individuals became effective this month, together with the remainder of tax returns not filed in June because of the precautionary measure of suspension of payments.

In addition, for Income Tax, the second installment of payment facilities for the tax returns of companies closing in the month of December stands out. VAT also recorded a significant growth in year-on-year terms because of the higher economic activity compared to 2021.

Foreign Trade duties continued to decline due to negative weather effects and to roadblocks and demonstrations by self-organized carriers that prevented trucks from entering the ports.

On the other hand, Social Security contributions continued to show high year-on-year growth.