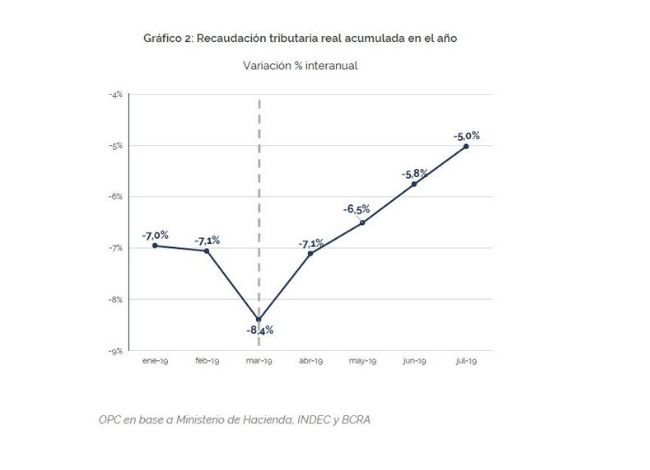 In July, tax revenue grew in nominal terms, although it declined in real terms, as it has been the case in the last few months. However, if we compare the cumulative for 2019 against the same period of the previous year, the decrease is slower.

It is estimated that this relative improvement in the tax collection performance is linked to a higher level of activity which, according to the EMAE (Monthly Estimator of Economic Activity, prepared by INDEC), showed in April the first improvement in more than a year.

The most important feature was a 7.3% growth in Income Tax while the VAT drop (1.6%) was lower than in previous months. Even Social Security resources, which fell 9.5% in the year-on-year comparison due to the low growth of the wage bill and certain regulatory changes, recorded the smallest drop since July last year.