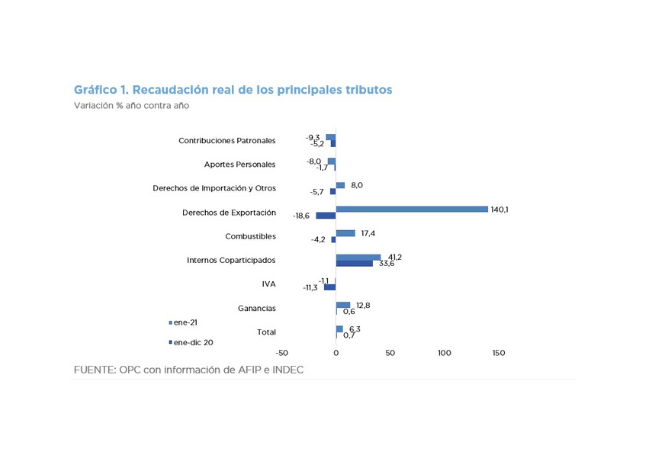 For its part, inflation-adjusted revenue expanded by 6.3% YOY, the fifth consecutive improvement and the highest growth since May 2018.

The gradual recovery of the activity level, the devaluation of the peso and regulatory changes contributed favorably to the collection of Wealth, Income, and Internal co-participable taxes, as well as PAIS tax, respectively.

The low base of comparison in terms of Export Duties favored these resources to show a good performance, because of the reduced payment of Duties in January 2020, after the advance that had operated during the last months of 2019.

The increase in soybean prices also contributed.
Social Security revenue continued its downward trend, although at a slower pace.