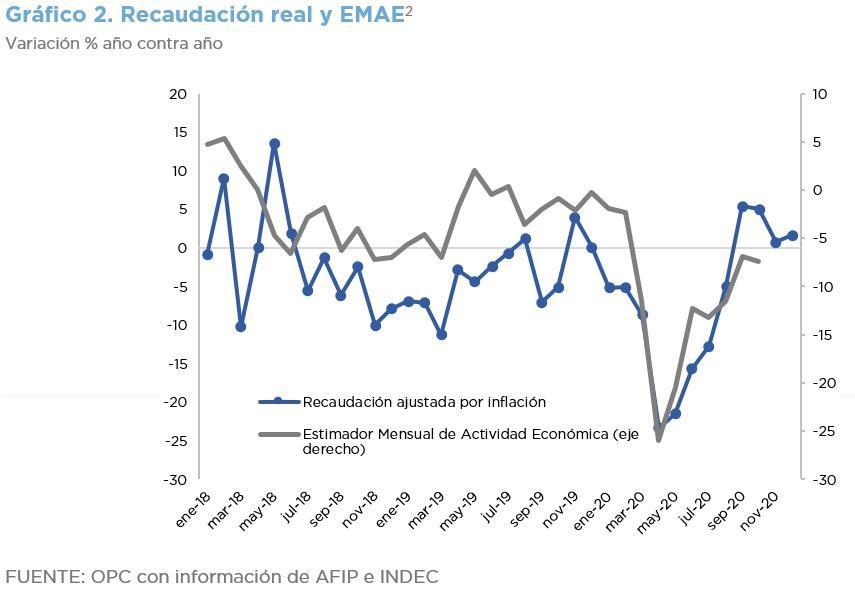 Driven by an incipient economic revival and the increase in Wealth tax rates, tax revenue grew 38% in nominal terms and 1.6% in real terms in December, registering for the fourth consecutive month an increase above inflation. However, in 2020, it suffered a real drop of 7.4% year-on-year, which doubled that recorded in 2019 and completed a cycle of three consecutive years of decline.