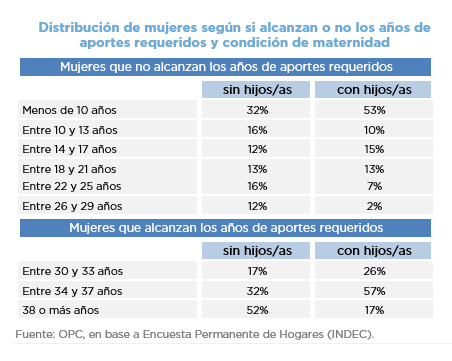 The role of women as household caregivers and, closely linked to this, motherhood, explain the unfavorable position in which women find themselves in the labor market and in access to social security benefits, which contributes to the origin and persistence of gender gaps.

If structural issues that prevent reaching the required years of contributions are not addressed and the focus is placed only on access to pension benefits, the economic and financial consistency of the pension system could worsen. The formalization of labor would add resources to the public coffers, facilitating the self-financing of the pension system.