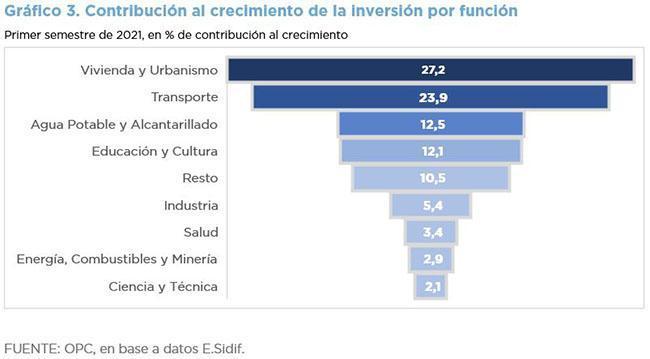 With a significant rebound in expenditure on housing and urban planning, public investment (PI) executed during the first half of 2021 amounted to ARS296.98 billion, which jumped 107.2% in real terms compared to the execution of the same period in 2020.

This improvement is explained both by the increase in capital transfers, which rose 132% year-on-year, and by the higher direct real investment, which jumped 63%.

Thus, the highest proportion of the last four years with respect to primary expenditure was reached: investment represented 7.7%.