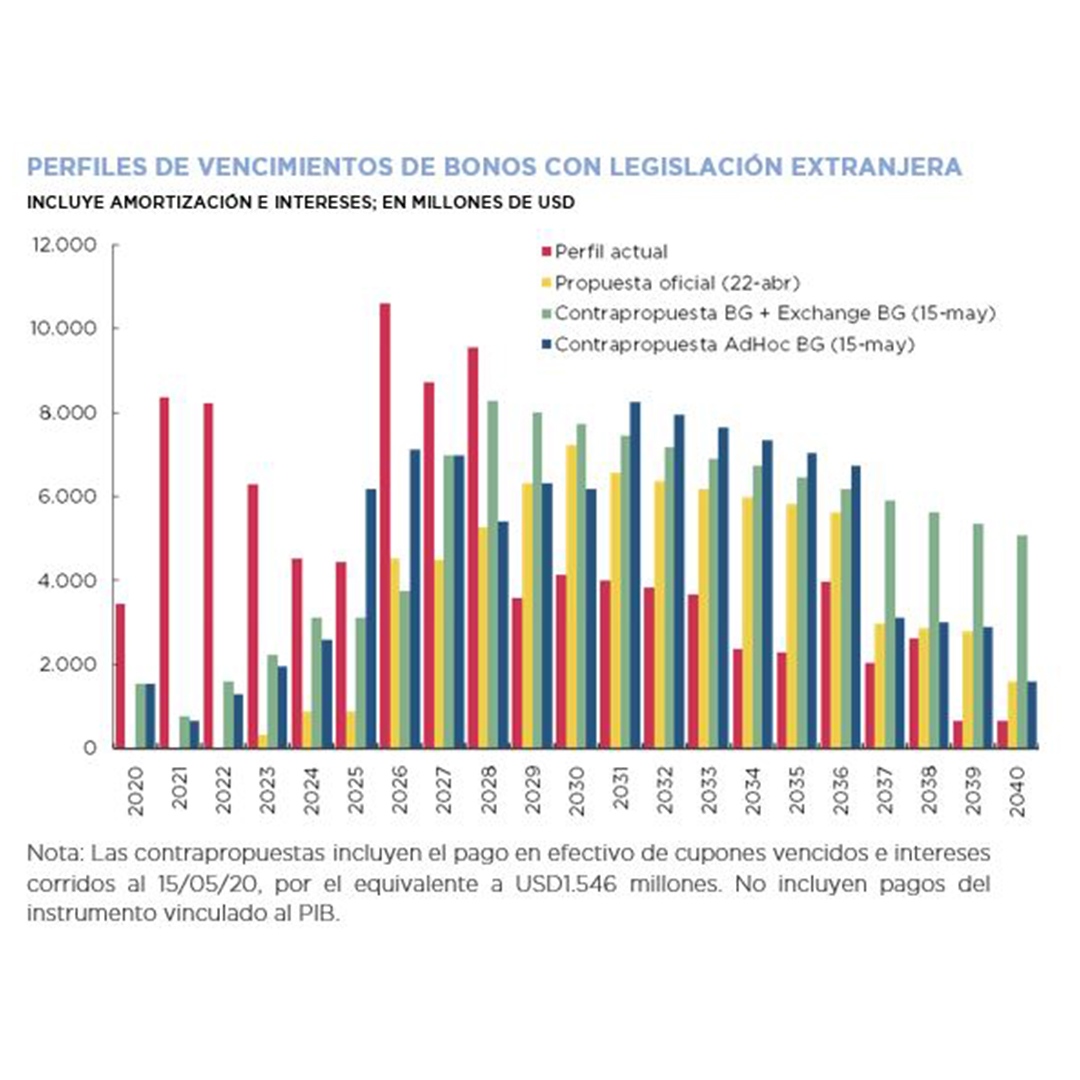 Following the proposal submitted on April 22 to restructure the bonds issued under foreign legislation, the government received counterproposals from three groups of creditors. With respect to the government proposal, the counteroffers have lower reduction of principal, higher coupons, shorter grace period and include the payment in cash of matured and accrued coupons at the time of the settlement of the transaction, in addition to other legal provisions that grant more benefits to the creditors.

The counterproposals have an estimated average value of between USD61 and USD63 for bonds in dollars. This implies a substantial increase with respect to the approximately USD40 of the government proposal. The counterproposals imply total maturities (principal + interest) of USD8.0-USD9.2 billion for the term 2020-2024 and USD46.7-USD47 billion for 2020-2030.