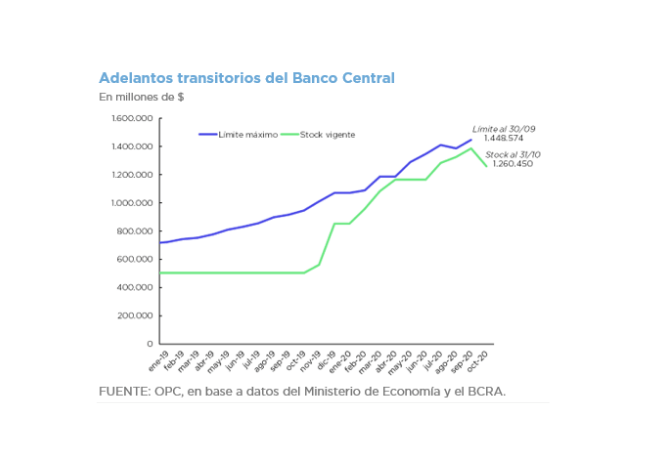 Placements of securities were made, and loan disbursements received for the equivalent of USD6.76 billion in October, of which AR$148.24 billion (USD2.09 billion) were for auctions for marketable securities in pesos. For the first time this year, dollar-linked bonds were auctioned, resulting in the placement of new instruments for USD3.43 billion.

On the other hand, the equivalent of USD4.87 billion of principal was canceled, mainly due to maturities of Treasury bills in pesos. There was a net cancellation of BCRA (Central Bank of the Argentine Republic) Temporary Advances for AR$125.78 billion (US$1.6 billion), of which AR$100 billion were a pre-cancellation made in the last week of the month.

Debt service maturities for November and December are estimated at the equivalent of US$13.2 billion, which is reduced to approximately US$7.7 billion if holdings within public sector are excluded.