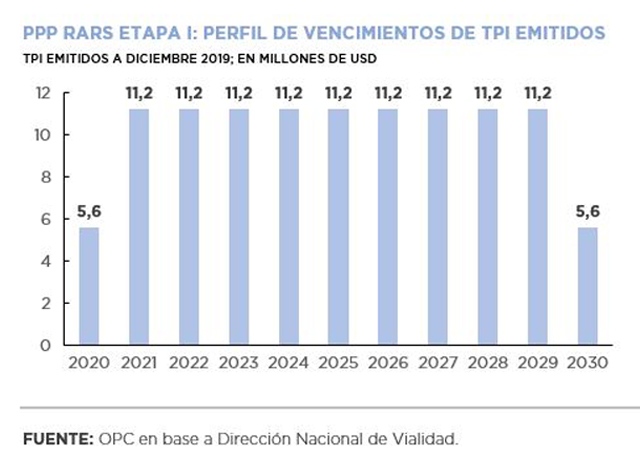 Several projects were authorized in the 2018 and 2019 Budgets under the Public Private Participation (PPP) modality for sectors such as transportation, energy, water and sewage, housing, and health.

However, in a context of high economic and financial volatility, added to the uncertainty derived from the judicial investigations of corruption in the public works sector, there has been a significant delay in the PPP program.

To date, only six road projects have been awarded for Phase I of the Network of Safe Highways and Routes (RARS). In addition, a call for tender was announced for an electricity transmission project. The rest of tenders showed no progress.

In July 2019, the contractors of the six awarded road corridors and the National Road Authority (Dirección Nacional de Vialidad) signed an addendum to the contracts that postponed schedule for the development of the main works and extended the deadline for financial closure. As of October 31, 2019, the works showed an average progress of 1.18%, generating payment obligations to the public sector in the form of Investment Securities (TPI) for USD112 million.