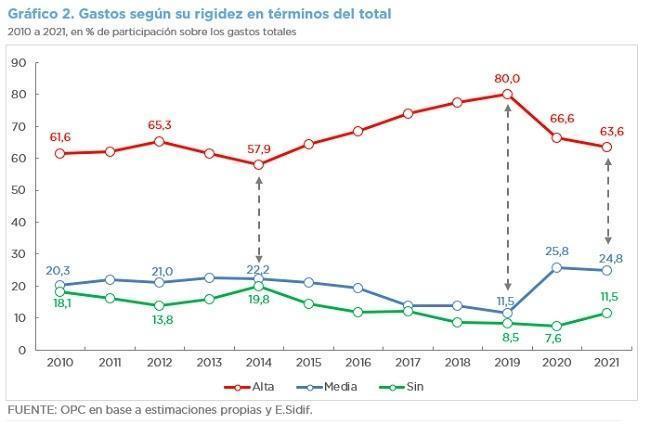 Only 10% of the National Government expenditure has flexibility and can be reduced or reallocated. This proportion, over which the Government has the greatest margin of action, decreased in the last few years and currently the “fiscal space” -both in terms of expenditure and the allocation of resources in the budget- is very reduced.

The existence of budget rigidities limits the ability of fiscal policy to react to unexpected or new scenarios.