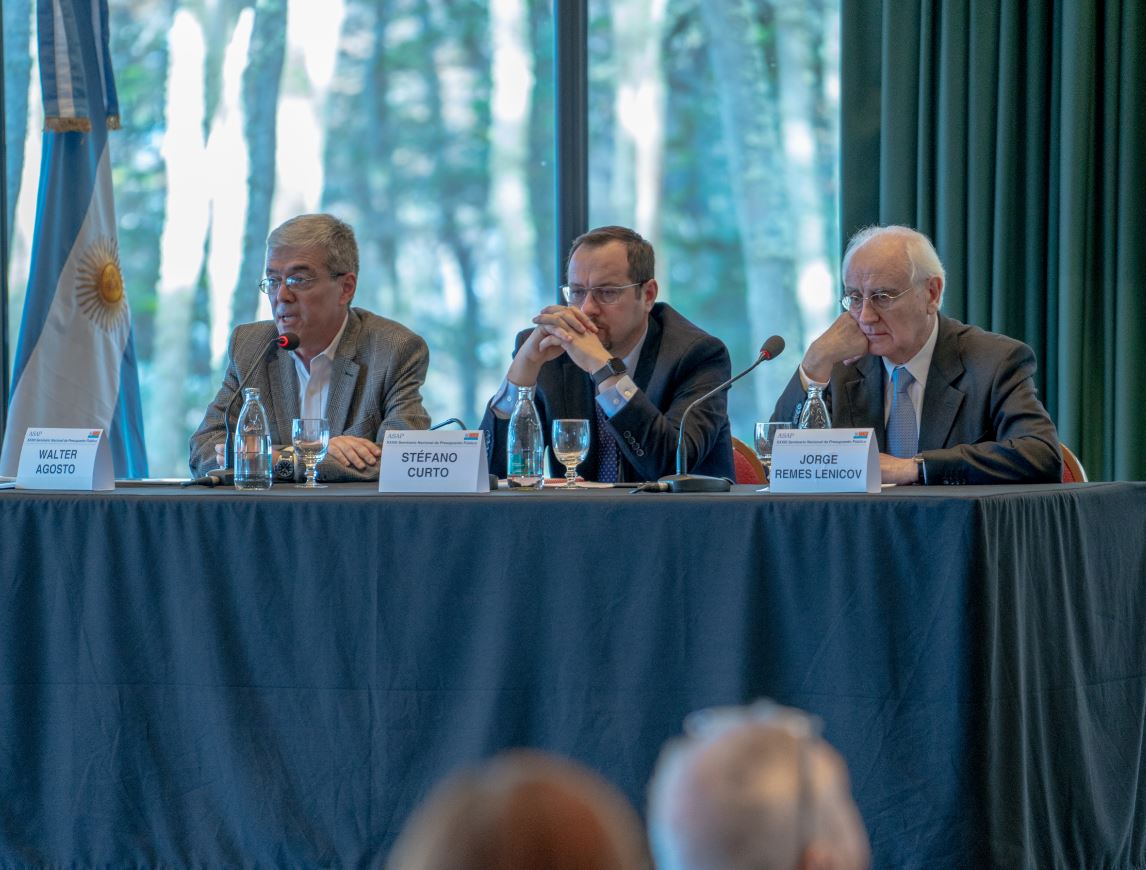 The 33rd National Public Budget Seminar, organized by the Argentine Budget Association (ASAP) and the government of the province of Tierra del Fuego took place in the city of Ushuaia from May 7 to 10.

The meeting brought together public budget specialists, economists, officials at the national and provincial level, and international guests, who discussed public agenda issues.

Macro-fiscal aspects of the Budget, level of public expenditure, tax pressure and financing were among the issues addressed during the different presentations.

The OPC was represented by its Director of Budget Analysis, Walter Agosto, who spoke on the panel on Macro-Fiscal Aspects of the Budget, analyzing argentine public expenditure. Stefano Curto, senior economist at the World Bank, and Jorge Remes Lenicov, former Minister of Economy of Argentina, also participated in the panel.