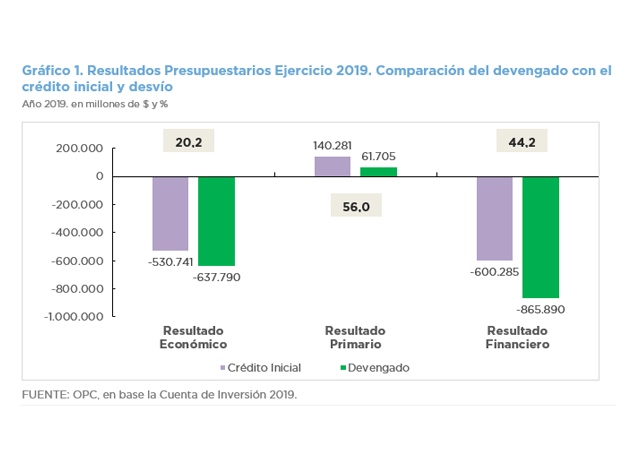 National government budget execution showed an operating surplus of AR$61.7 billion but resulted in a financial deficit of AR$865.9 billion when debt interest is added, which implies a deviation of 44.2% compared to the initial budget forecasts for the year 2019.

Total expenditure increased more than total revenue compared to the budget forecast (14.1% vs. 9.1%), mainly because of transfers to the provinces and energy sector; and to the remission of profits from the Central Bank to the Treasury for AR$204.24 billion during the year, respectively.