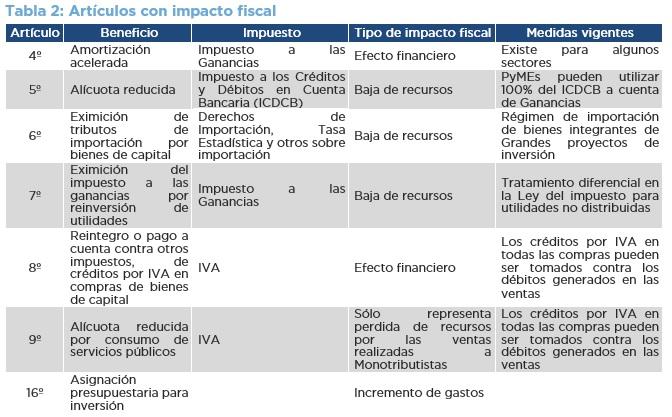 The Bill under analysis proposes the creation of the Program for the Promotion of Productive Investments and Services in the provinces defined on the basis of the indicators determined by the National Executive Branch, to comply with the provisions of Section 75, subsection 19 of the National Constitution, to be implemented in accordance with the provisions of the Bill, for a period of 5 years as from its enactment, and with the possibility of renewal by the Executive Branch only once for the same term.

As for the possibility of estimating its fiscal impact, the delegation made in Section 1 of the Bill to determine “the Productive and Service Investments in the provinces defined on the basis of the indicators determined by the National Executive Branch”, in conjunction with the broad possibility of promoted activities established in Section 3, does not allow identifying the universe of beneficiaries to make an estimate of the resources involved in the new promoted investments.