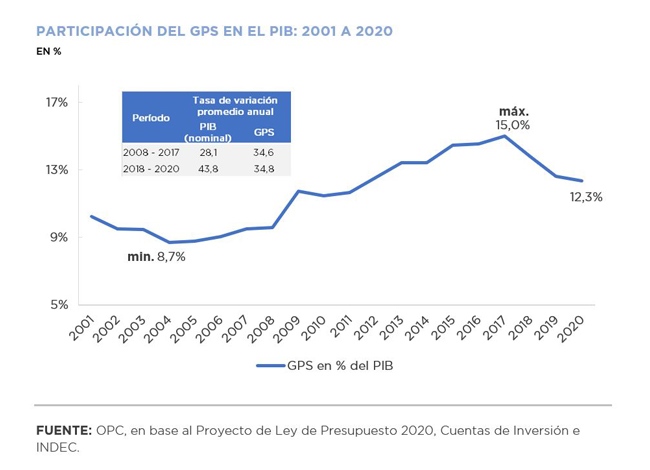 Social Security represents 80% of GPS and its growing significance is because 90% of it is subject to the mobility index. This item marks the historic high since 1993. According to official macroeconomic assumptions, pensions will recover 1.7% in real terms, against a drop in the rest of benefits.

All social spending functions will register negative real indicators by 2020, except for Social Security, which will increase 0.5% YoY. The functions that fall the most are Housing and Urban Development, and Drinking Water and Sewerage, with real variations of 21.3% YoY and 16.0% YoY, respectively.