BUDGET BILL 2021 – PRELIMINARY APPROVAL BY THE CHAMBER OF DEPUTIES 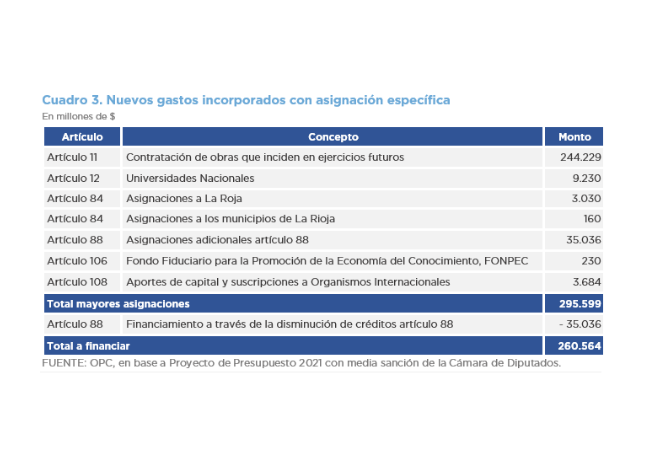 On October 28, the Chamber of Deputies gave preliminary approval to the National Budget Bill for 2021, after the introduction of several amendments whose impact on total national resources projected is estimated at AR$13.29 billion, which is equivalent to 0.04% of the Gross Domestic Product (GDP).

The amendments introduced represent an increase of expenditures of AR$295.6 billion, of which AR$35.04 will be financed by reductions in budget appropriations foreseen for items defined in the preliminary approval. Therefore, the net increase reaches AR$260.56 billion, equivalent to 0.7% of GDP. This net increase must be financed with reallocations of existing budget appropriations and implemented by means of an Administrative Decision of the Chief of Cabinet of Ministers, as set forth in the Bill.