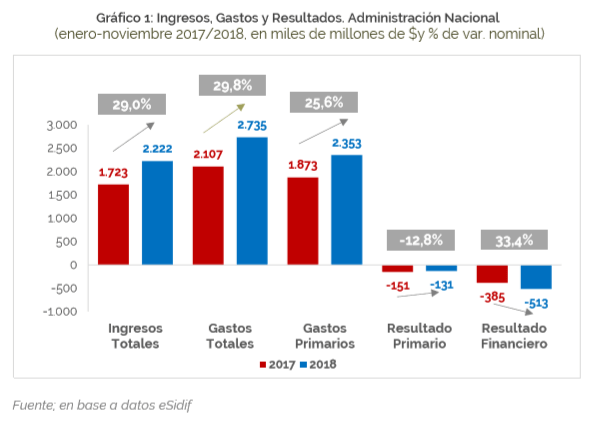 In November, the National Government primary deficit was AR$ -39.8 billion, 240% higher than in the same month of the previous year, while the financial deficit reached AR$ -55.6 billion, increasing by 70% the negative performance with respect to November 2017.

In the cumulative of the first eleven months of the year, the negative primary balance was 34% lower in real terms than that recorded in the same period of the previous year, while the financial balance increased by 0.4%. At the end of November, the initial budget appropriation increased by 20% by virtue of Necessity and Urgency Decrees and Administrative Decisions.