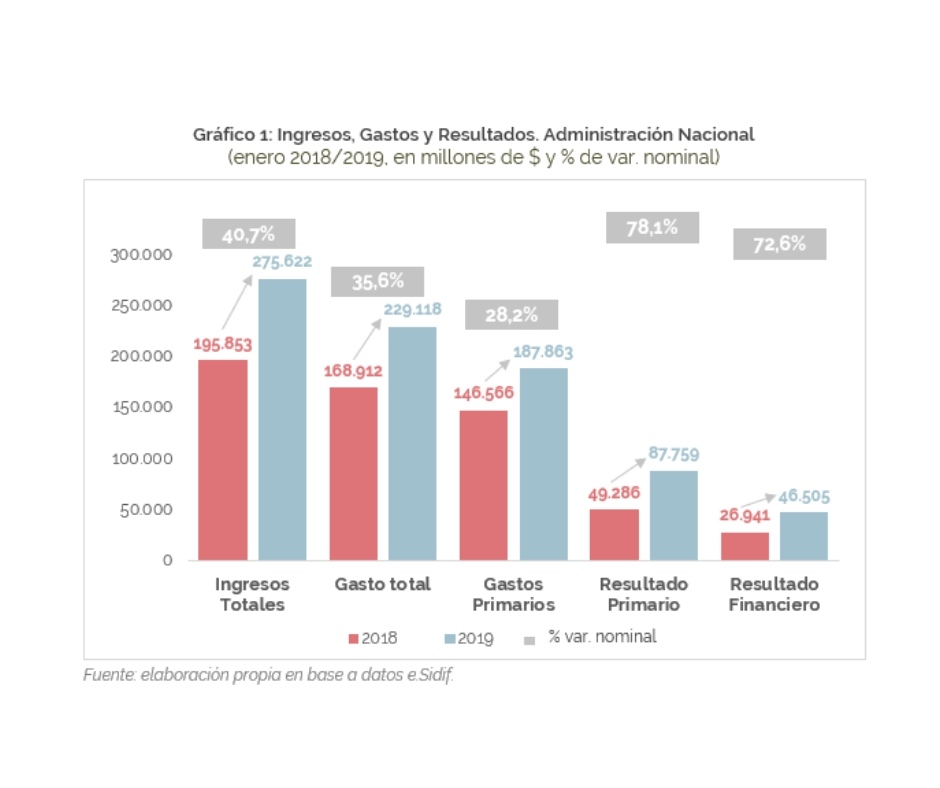 During January, the national government had a financial surplus of AR$87.76 billion, 19.7% higher in real terms than in 2018. Compared to inflation, both total revenues and total expenditures decreased during the month.

Revenues showed a drop -in real terms- in all items, except for property income and capital revenues.