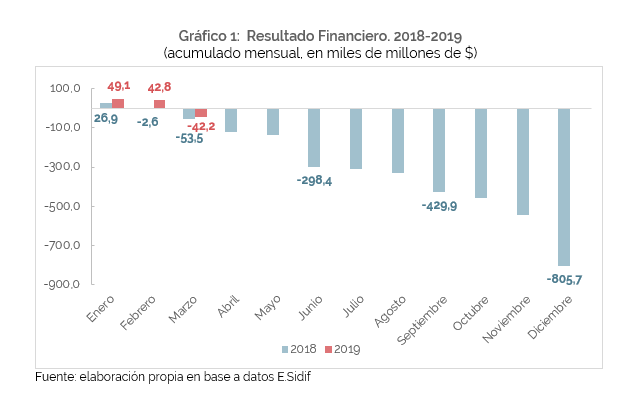 In a context of economic downturn, in March the national government had a better performance compared to the same month of the previous year, but liquefied the surplus recorded in the first two months of the year.