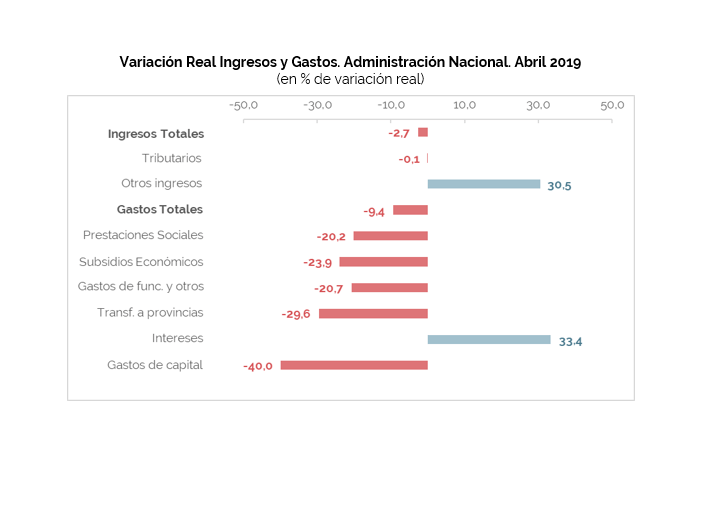 In April, the nominal increase in national government total revenues was higher than that of expenditures, which helped to generate a primary surplus of AR$36.83 billion and to reduce the financial deficit, which totaled AR$76.36 billion.

The most dynamic expenditure item continues to be the payment of interest on the debt, while the most dynamic revenue item is export duties: total revenue grew last year almost as much as inflation but, excluding withholdings, this increase is reduced by 17.5 percentage points.

Both total revenues and total expenditures fell by 2.7% and 9.4%, respectively.