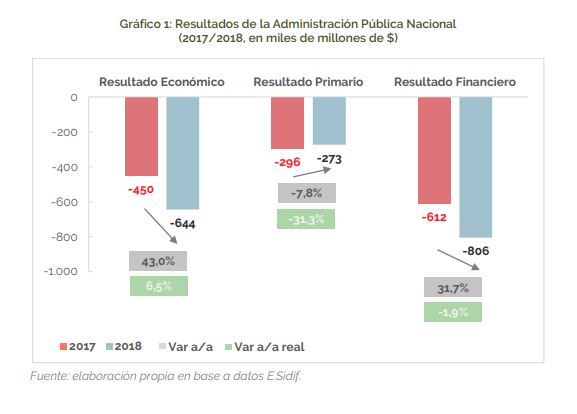 Both figures are reduced in terms of GDP with respect to the previous year, the financial deficit is down 0.1 percentage points (p.p.) and the primary deficit dropped 0.9 p.p. However, these deficits would have increased to 6.1% and 2.3% of GDP, respectively, if the AR$44.79 billion of works carried out under the Priority Investment Program had been recorded as capital expenditures.

Total revenues fell by 4.1% in real terms and expenditures dropped by 3.5%. This was basically due to a reduction in current expenditure of 2.3% YoY and a contraction in capital expenditure of 20.3% YoY, doubled by the fall in real direct investment.