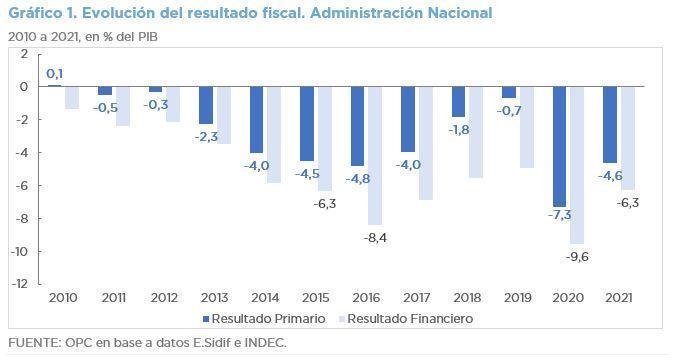 Including the Special Drawing Rights received from the IMF and the collection of the Solidarity Contribution, during 2021 the National Government revenues grew by 21.2% in real terms year-on-year, much higher than the increase in primary expenditure, which grew by 5.6% with uneven behavior by item.

This dynamic between revenues and expenditures implied an improvement in the primary balance for 2021, which went from a deficit of 7.3% of GDP in 2020 to a deficit of 4.6% in 2021.