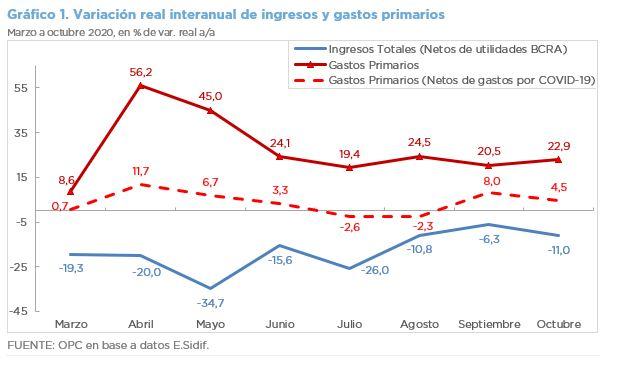 Excluding the profits transferred by the Central Bank to the Treasury, the revenues of the national government fell in October by 11.0% in real terms with respect to the same month of the previous year, while primary expenditures grew by 22.9%, mainly due to the health emergency. The primary deficit totaled AR$75.1 billion.