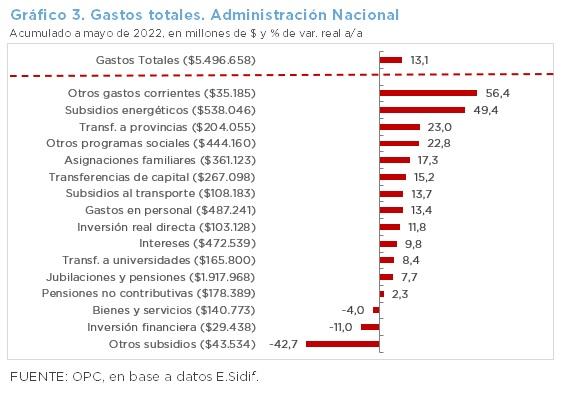 During the first five months of the year, the primary deficit amounted to ARS775.379 billion, which implies an increase in real terms of 196.1% with respect to the previous year. Adding debt interest, the negative financial outturn grew by 80.3%.