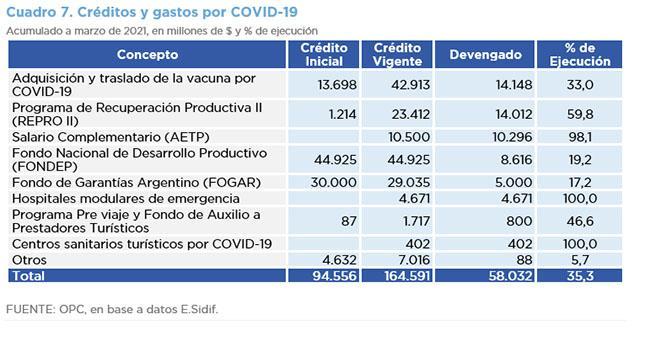 Primary, economic, and financial deficits were reduced in the first quarter of the year compared to those recorded in the same period of 2020 because of a real improvement in revenue.

Excluding the profit transfers from the Central Bank to the Treasury last year, total revenues for the first three months grew 9.3% YoY above inflation, despite the fall in Social Security and property income.