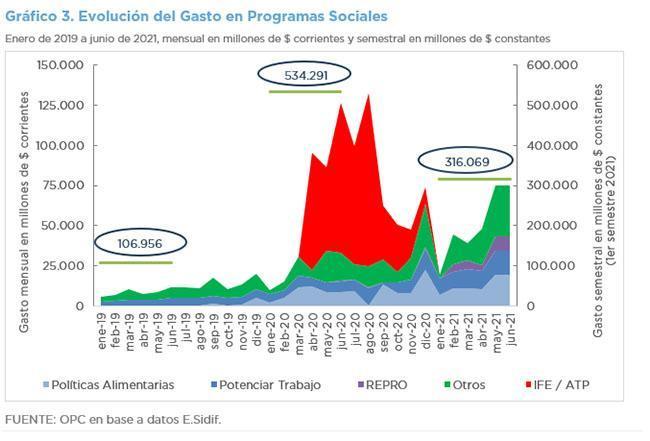 Because of a real fall in National Government expenditures, mainly in pensions and government wages, and an increase in the different revenue categories, public accounts improved, and the primary deficit was ARS473.1 billion, 64.0% less than that of the previous year.