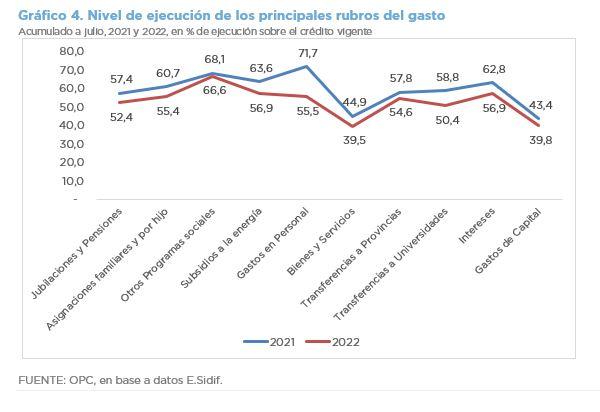 With an increasing expenditure in energy subsidies and some social programs, during the first seven months of the year the National Government recorded a primary deficit of ARS1,538.364 billion, 71.0% higher than that of the same period of the previous year.