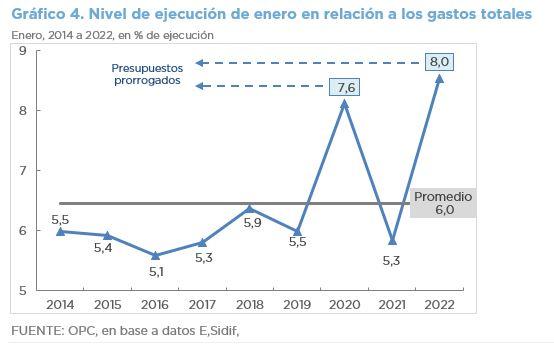 During January, total revenues of the National Government fell by 6.7% in real terms compared to the same month of 2021, while expenditures increased by 28.6% year-on-year (YoY). Compared to the previous year, a negative balance of ARS51.295 billion was recorded. The primary surplus was ARS31.044 billion, a decrease in real terms of 85.1% YoY, compared to a year ago. Finally, the financial deficit was ARS86.045 billion, which contrasts with the positive balance recorded in January 2021.