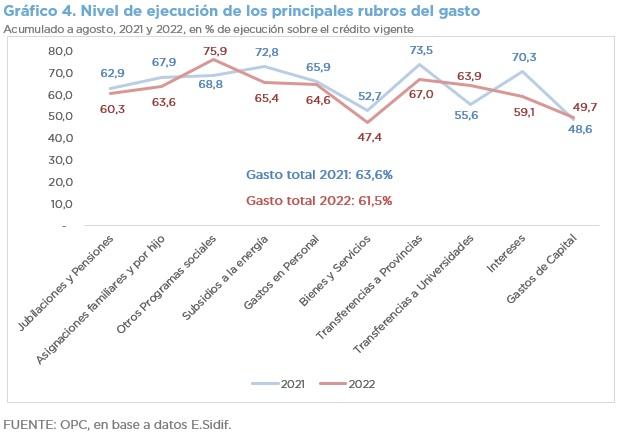 For the first eight months of the year, the National Government recorded a real increase in its primary and financial deficits of 32.1% and 19.5%, respectively, compared to the same period of the previous year, given the dynamics between revenues and expenditures.