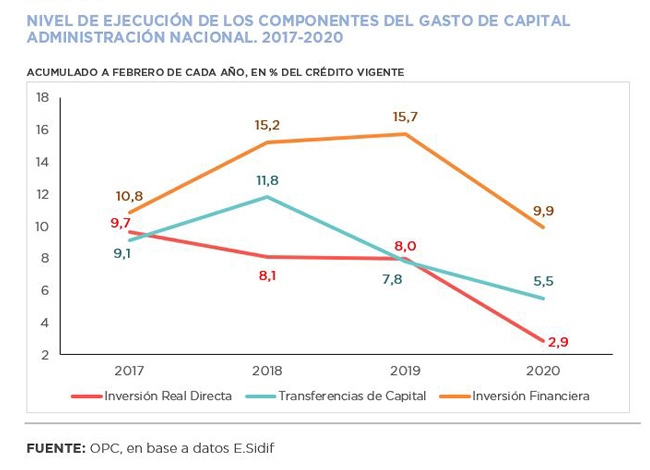 Revenues recorded a real fall of 14.7% year on year (YoY) in February, while expenditures grew by 1.3% YoY. This dynamic resulted in a financial deficit of AR$65.5 billion, increasing the unbalance of the same month of 2019, when the deficit was AR$7.04 billion.

All revenue components showed year-on-year declines below inflation, although the most pronounced was that of property income and non-tax revenues. The most significant proportional increase in expenditures was the payment of interest on debt, a situation similar to that recorded in recent months. Although to a lesser extent, social benefits were above inflation.