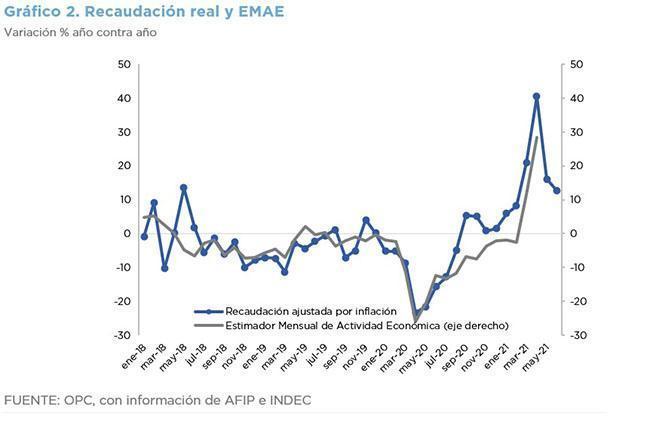 In June, tax revenues grew 69% year-on-year in nominal terms and 12.8% adjusted for inflation.

The increase was driven by the depreciation of the exchange rate (37% YoY), the increase in international commodity prices and regulatory changes. But the main factor behind the increase was the low basis of comparison since a year ago the Preventive and Compulsory Social Isolation (ASPO) was fully in force.