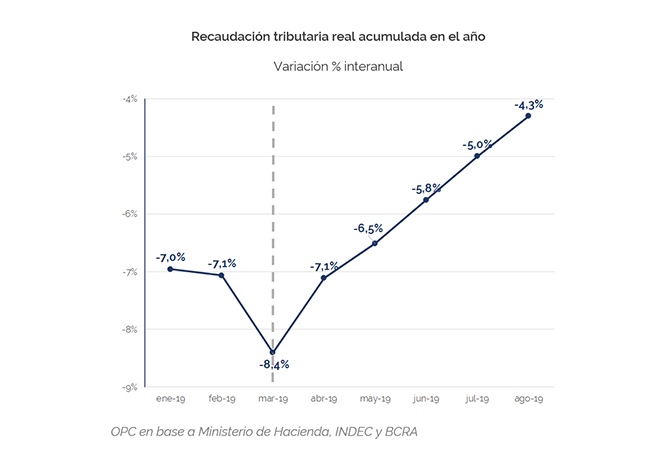 National Public Sector revenues grew nominally in August compared to the same month of the previous year and, for the first time in over a year, recorded an increase in real terms, confirming the improving trend that had been outlined in previous months.

This situation is mainly explained by the boost given to tax collection by Export Duties and Wealth Tax, whose contributions exceeded inflation in the year-on-year comparison.

On the other hand, the main drop of the month was recorded in Social Security, because of the contraction of the wage bill and regulatory changes affecting contributions.

A total of AR$458.5 billion was collected in August, which implied a nominal year-on-year growth of 56.3%. The year-on-year variation was 48%.

It is estimated that the different fiscal measures announced by the Executive Power at the end of last month will have a cost of AR$86.9 billion for the remainder of the year.