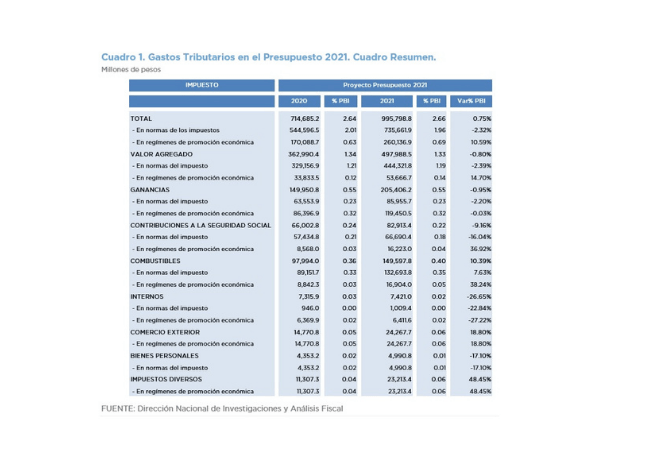 Due to tax exemptions and promotional regimes, the Budget Law estimates that next year’s tax expenditure will be AR$995.8 billion, equivalent to 2.64% of GDP, a level comparable to that of this year.

Of this total, 73.9% consists of special tax treatments included in the current tax legislation (AR$735.7 billion) and the rest is for various economic promotion regimes (AR$260.1 billion).

The deferral of tax payments, the accelerated amortization in Income Tax and early refund of tax credits in VAT are not considered tax expenditures; these measures are mainly contained in different promotional regimes.