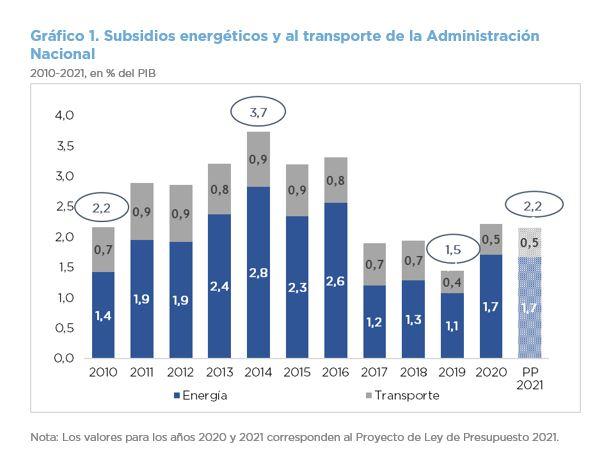 Next year’s projected expenditure on energy and transportation subsidies amounts to AR$805.8 billion, which is equivalent to 2.2% of Gross Domestic Product (GDP), at the same level of that foreseen for 2020. Of these funds, 77.4% is allocated to subsidize the gas and electricity sector, and 22.6% to transportation.