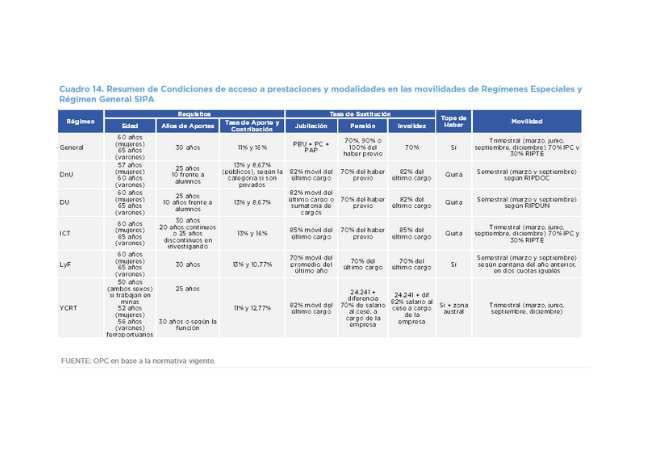 The Law of Social Solidarity and Productive Reactivation within the framework of the Public
Emergency provides for a review of the special pension regimes to formulate a proposal for
amendment to the National Congress.
The analysis of five of the seven special pension regimes (non-university teachers; university
teachers; researchers and scientists; workers of Yacimientos Carboníferos Fiscales and of Luz
y Fuerza) shows that their average benefit is significantly higher than the general average and
explains the 27% of the contributory pension deficit, although they accounted for only 10% of
the pension expenditure in March 2020.

Since the government is the one who employs and covers the deficit, to close this gap it would
not be useful to increase employer contributions or the retirement age, a measure that usually
takes effect only in the medium term. A possible more immediate fiscal impact could be
achieved by raising personal contributions or establishing a ceiling equivalent to the maximum
amount of the general regime.