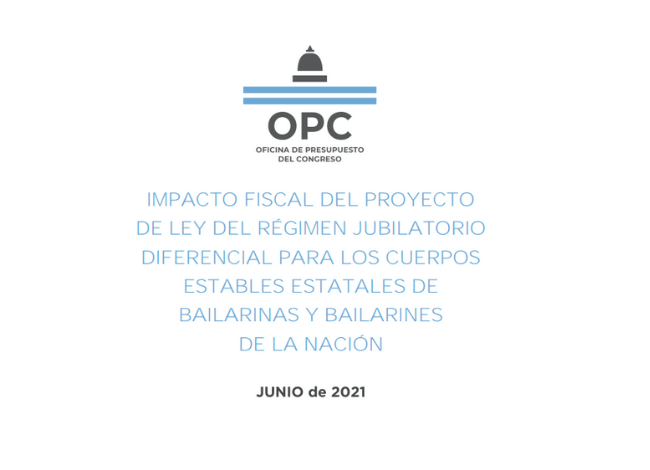 Bill S-0098/2020 proposes a special pension scheme for the personnel of dance companies under the scope of the Ministry of Culture of the Nation, similar to that of the companies at the provincial level and of the Government of the Autonomous City of Buenos Aires.

At present, the artistic personnel of national dance companies retire under the general regime of Law No. 24,241. When a dancer suffers an injury that disqualifies him/her from practicing his/her profession, he/she does not have pension coverage and must wait until he/she reaches the age required by the general system, in addition to having the minimum number of years of service required by the system.

The special pension scheme of the Bill establishes a minimum age of 40 years and 20 years of service to request an ordinary pension. In addition, it provides for a calculation of the pension benefit different from that of the general system and an increase in the rates of employee and employer contributions, with respect to those in force.

Based on the information available and under certain assumptions, the financial impact on the 2022 Budget would be an increase of AR$6.1 million in revenues and AR$26.3 million in expenditures. There is no information available on the number of beneficiaries and on the expenditure under the current pension system, which would be increased by the beneficiaries who may request the conversion to the new regime.