BUDGET EXECUTION OF SDG 10: REDUCE INEQUALITY WITHIN AND AMONG COUNTRIES 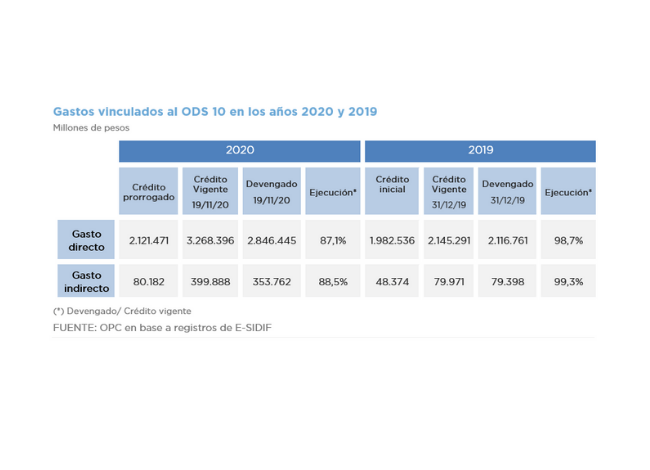 SDG 10, one of the Goals set by the United Nations to which Argentina adhered, seeks to reduce inequalities within and among countries.

Argentina set four goals in relation to SDG 10: to achieve income growth for the poorest segment of the population; to promote social, economic, and political inclusion; to ensure equal opportunities; and to achieve greater income equality.

The effects of the Covid-19 pandemic and the unstable economic context prior to it, resulted in a sharp deterioration in income inequality indicators. This situation highlights the important challenges that the National government faces to achieve the commitments assumed in the 2030 Agenda.