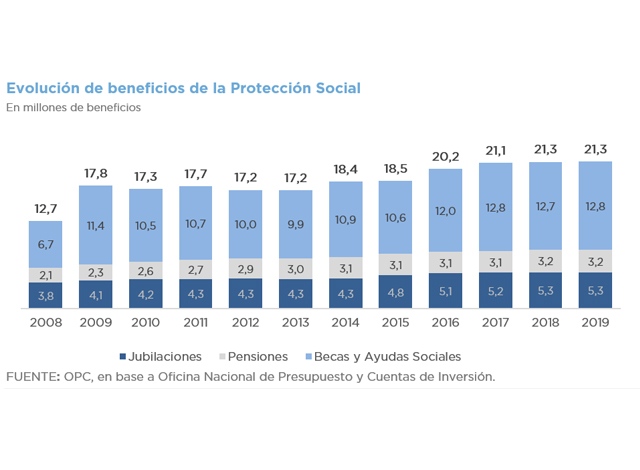 Over the last decade, monetary transfers to individuals and households were consolidated as an instrument of social policy and grew from 39% to 47% of government spending. Due to pension moratoriums, disability pensions and Universal Child Allowance (AUH), non-contributory and semi-contributory benefits gained relative weight.