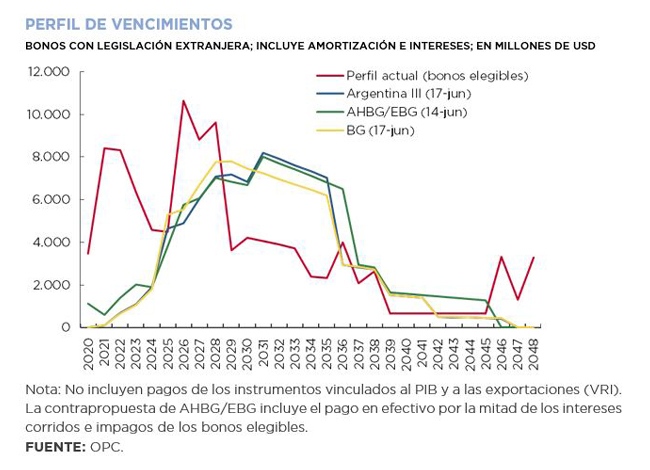 In a new round of talks, Argentina and the main bondholder groups exchanged new proposals to restructure securities under foreign law.

The new argentine proposal has an estimated average value of USD52.1 for bonds in dollars, about USD12 higher than the original offer, assuming an exit yield of 10%. Meanwhile, the creditors’ proposals are between USD55 and USD61. These figures do not include the different contingent instruments included in the offers (linked to GDP and exports, depending on the proposal). Beyond the differences in the estimated values based on the financial structure, there are also discrepancies in some legal terms of the new bonds to be issued and of the transaction itself.

Argentina stressed that some of the adjustments proposed by the creditors “are largely inconsistent with the debt sustainability framework that the Republic needs to restore macroeconomic stability and to move forward with an IMF program”. For its part, the main group of creditors said that “the negotiations failed”. In addition, both parties mentioned that they are evaluating all available options, which for creditors includes the possibility of claiming the acceleration of the foreign law bonds. However, on June 19 the government announced a new extension of the restructuring offer until July 24, with the intention of continuing talks with creditors.