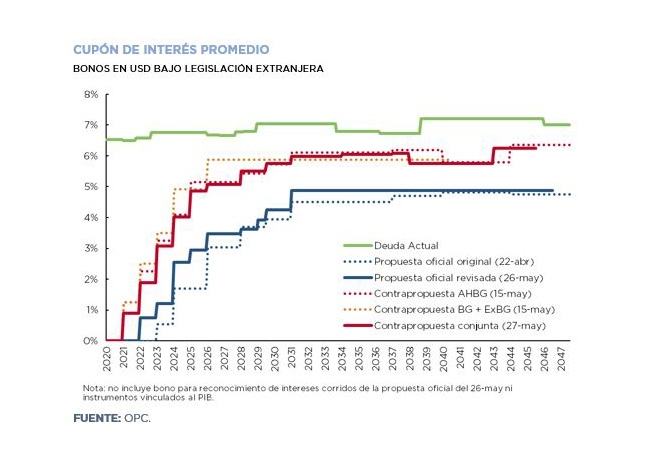 The interest coupons of bonds BIRAD 2021, 2026 and 2046 for a total of USD503 million remain unpaid, which constitutes a default event according to the issuance terms of the bonds.

Six auctions were carried out during the month, resulting in the placement of AR$286.53 billion in securities in pesos, including AR$151.22 billion as part of two swap transactions of LETES in dollars and Bono DUAL 2020. In addition, financing was obtained from the Central Bank (BCRA) through the placement of bills for USD485 million.

Debt service payments for the equivalent of US$5.5 billion (US$3.15 billion excluding holdings withing the public sector) are expected for June, totaling US$45.47 billion through the end of the year.