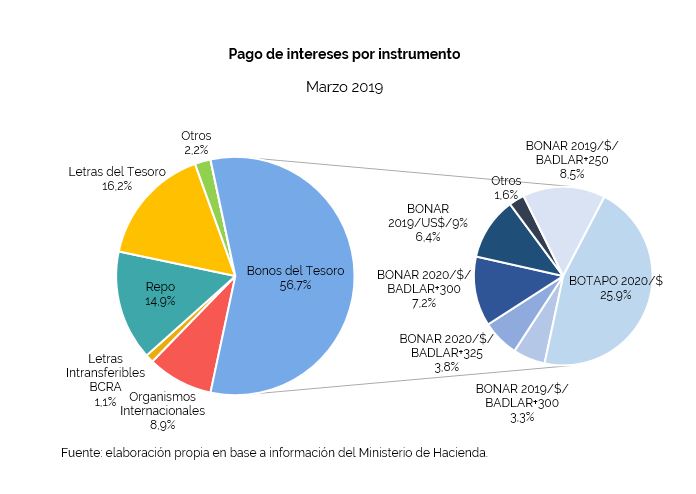 In March, there were placements of securities and loan disbursements for AR$5.4 billion, of which 92% consisted of placements of government securities. The rollover ratio resulting from the auctions held during the first quarter of 2019 was higher than projected in the Financial Program.

On the other hand, debt services for a total of USD8.92 billion were paid during the month, of which 85% (USD7.59 billion) were principal payments. The main amortizations of the month were the cancellation of the BONAR in dollars 2019 for USD1.9 billion, which was held by the Sustainability Guarantee Fund (FGS), and the maturities of LETES for USD1.67 billion and LECAP for AR$45.89 billion (USD1.06 billion).

Payments of loans with multilateral and bilateral credit organizations totaled USD273 million which, considering disbursements, implies a net cancellation of USD126 million.
Interest payments totaled USD1.32 billion, of which 68% were made in domestic currency.