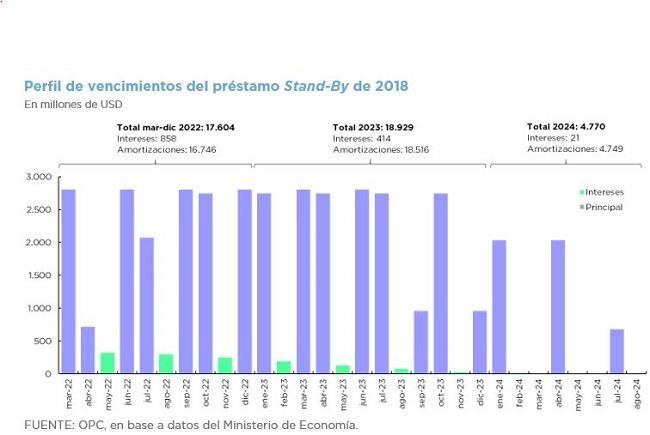 Two auctions were held in January, resulting in the placement of government securities in domestic currency for ARS437.49 billion.

During the month, net placements of BCRA Temporary Advances (TA) for ARS122 billion were recorded, increasing the stock to ARS2.30 trillion.

To partially finance the January 28 principal payment of the IMF Stand-By loan for USD713 million, a Treasury Bill in dollars was placed with the BCRA maturing in 2031 for USD203 million.