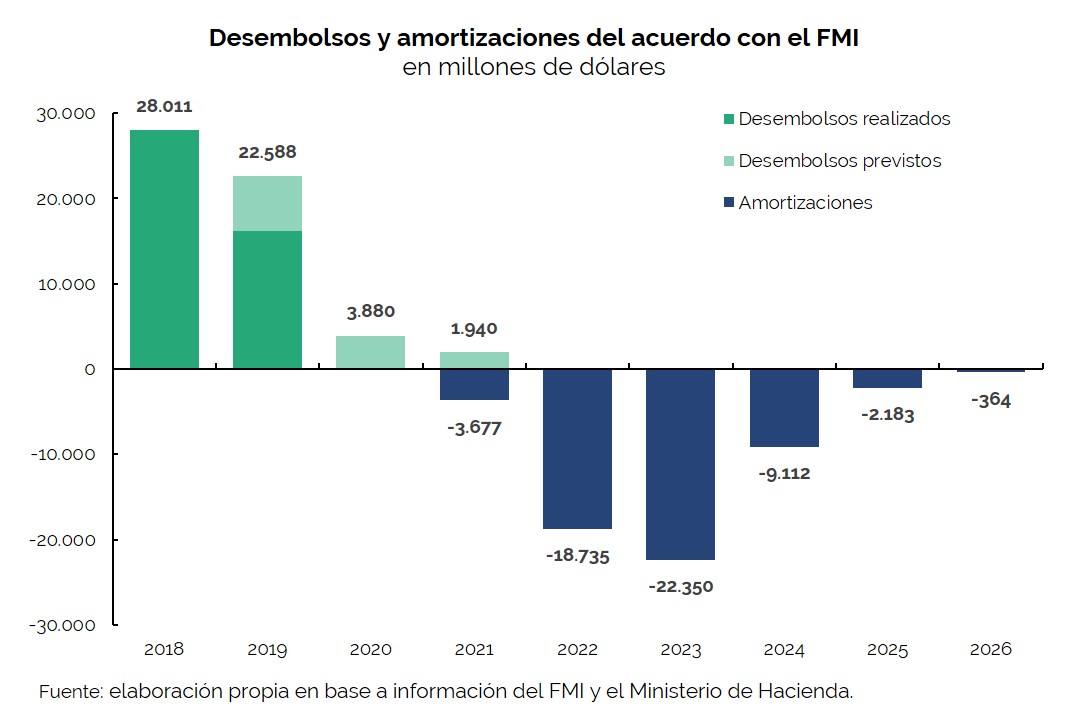 Placements of securities and loan disbursements for USD18.52 billion were recorded during the month of April, of which 58% (USD10.83 billion) consisted of the fourth disbursement from the International Monetary Fund (IMF) within the framework of the Stand-By Arrangement (SBA). Debt service payments during the period totaled USD11.46 billion, of which 82% (USD9.38 billion) were principal payments.

In a context of high volatility, a higher yield was validated in LETES placements, whose refinancing ratio fell to 64% from 87% in April.

During the month, new bonds in dollars for USD1.5 billion were placed to cancel a debt remaining from natural gas production stimulus plans, and securities for USD369 million to satisfy a ICSID arbitration award in favor of the former concessionaire of Aguas Argentinas. On April 22, the first securities issued under the agreement with “holdout” creditors for USD2.75 billion matured.

On May 31, the fifth payment of principal and interest of the loans renegotiated with the Paris Club is due: if the minimum principal established in the agreement is paid, such payment will amount to USD 1.87 billion.