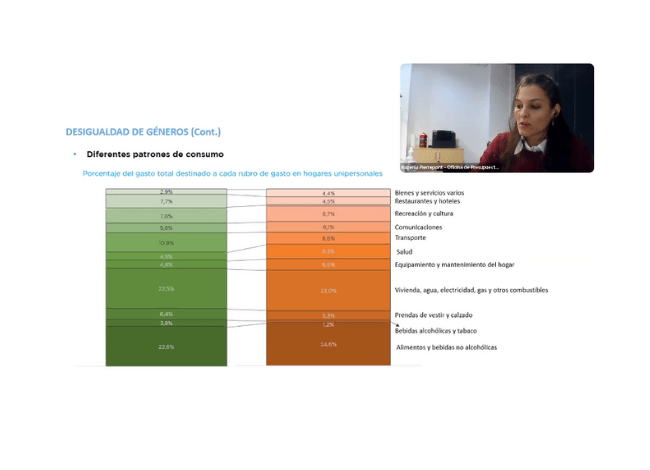 The Director of Studies, Analysis and Evaluation of the OPC, María Eugenia David Du Mutel de Pierrepont, gave a presentation at the Gender-Responsive Budgeting Course organized by the Parliamentary Training Institute (ICAP) of the Chamber of Deputies of the Nation.

The course emphasized the inclusion of the gender perspective in the execution of the Public Budget, the main instrument of fiscal policy, which affects women, men and LGBTI+ population in a differentiated manner.

During her presentation, María Eugenia showed how the OPC analyzes the implementation of actions aimed at promoting the gender perspective in the allocation of budgetary resources. She also explained gender inequalities and the effects of taxation on them.

The OPC continues to work on the mandate established by law to promote the incorporation of the gender perspective in the allocation of budgetary resources with a view to providing information that will serve as a guide to reduce gender gaps within the public budget.