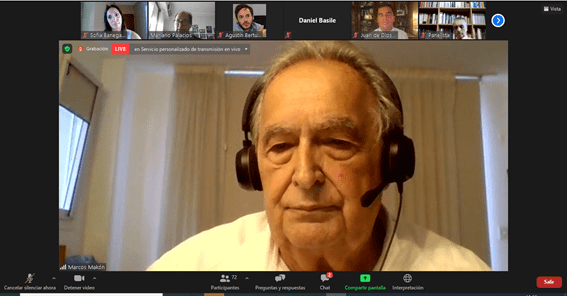 On Friday, February 26, the OPC participated in the meeting “Science and Parliament: Evidence-based Legislation”. Organized by the Center for Parliamentary Studies, Research and Foresight of the School of Politics, Government and International Relations of Universidad Austral and the International Network for Scientific Advice to Governments, Latin American and Caribbean Chapter (INGSA), the meeting was attended by national legislators, authorities from different areas of the National Congress, science and technology experts and authorities from related institutions.

A report prepared by Universidad Austral was submitted, which reviews the experiences of Germany, Austria, Chile, Korea, Denmark, USA, France, Finland, Greece, Japan, and the European Union, among others. At the sub-national level, the cases of Mendoza, Catalonia and Wallonia are mentioned. The research focuses on the strategic interrelation between science and parliament and the room for improvement, as well as the need to increase the participation of civil society organizations and the scientific community.

The General Director of the OPC, Marcos Makón, introduced OPC’s work and emphasized the three fundamental pillars that support its work: transparency, technical and methodological rigor, and political impartiality.

He also highlighted the importance of the work of other Budget Offices around the world and the value of their objective and technical approach to the analysis of fiscal issues.

At the end of his speech, the speakers answered questions and doubts, creating a space for dialogue and institutional exchanges.