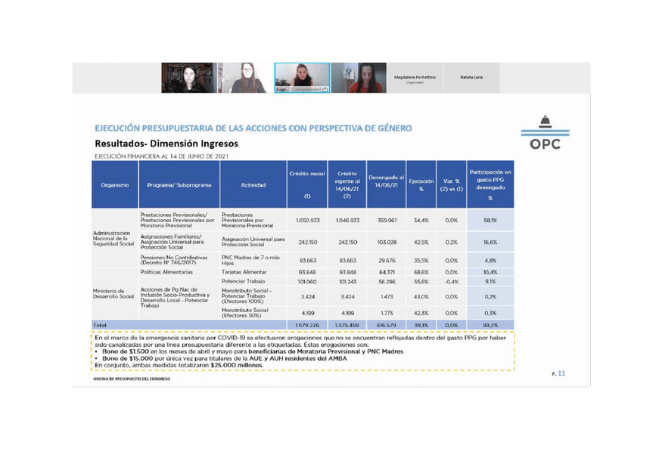 The Director of Studies, Analysis and Evaluation of the OPC, Maria Eugenia David Du Mutel de Pierrepont, gave the third class of the Course organized by the Parliamentary Training Institute (ICAP) of the Chamber of Deputies (HCDN).

During the meeting, she addressed different approaches to Gender-Responsive Budgeting (GRB). She also presented the work of the Argentine Congressional Budget Office on the promotion of gender perspective in the allocation of budgetary resources. María Eugenia reviewed the different reports on the evaluation of policies with a gender perspective, as well as on cross-cutting gender approaches in other issues.

She also introduced for the first time the Monitor of Gender-Responsive Budgetary Actions, a new tool developed by the Office that allows for a periodic follow-up of the progress of actions with a gender perspective implemented by the responsible agencies.