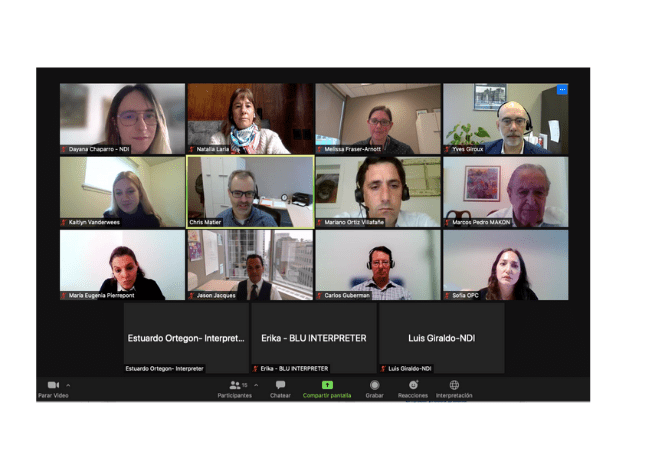 On Wednesday, October 13, we participated in the virtual meeting organized by NDI (National Democratic Institute). The purpose of the activity was to contribute to capacity building and share best practices between the Parliamentary Budget Officer of Canada and the Argentine Congressional Budget Office (OPC).

The Office of the Parliamentary Budget Officer (PBO) was created in 2006 and, like the OPC, provides independent analysis of the state of the fiscal situation to the Parliament and the community. In addition, upon request, it provides cost estimates for proposed legislation under discussion.

The exchange was carried out to continue and deepen the contents shared during the “Discussion: The Role of Congress in Budget Transparency” held last July, where topics such as work standards and resources to strengthen budget evaluation processes were discussed.